“Learning to dance is learning to move consciously through life…”

Gurdjieff Sacred Dances  – creating a harmony between the body, the mind and the emotions. Gurdjieff Sacred Dances are highly original, charismatic and mystical. These dances are designed to balance the different sources of energy within us.

The results are a unique inner centering, a new sense of inner rhythm, a relaxed alertness, a natural silence and grace… leading to a higher level of consciousness & presence. Each movement has its own music & the beautiful, haunting melodies & rhythms enhance the process. The movements are placed within the context of a larger philosophical ideology… the Fourth Way… which is the way of the Sufi…

Endorsement: “The Enneagram community in the West prioritises the psychological Enneagram while the  Gurdjieff work faded into the background. With her sense of grounded presence and sincere authenticity Akhash contributes greatly to the restoration of the imbalance.” Barry Ahern 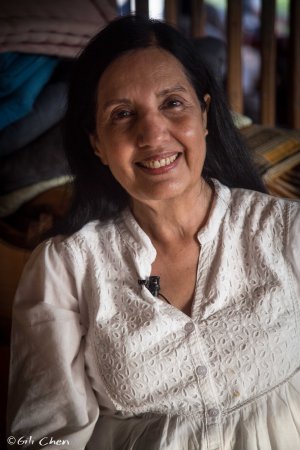 Akash Dharmaraj is a Fourth Way teacher, a Sufi Dervish, clinical Psychologist, Psychotherapist, Woman, Mother and a student just like all of us. Akash’s was initiated as a Sufi when she was 19 and first met her Sufi Master in Kashmir by “chance”- later on she started integrating the Sufi way into her professional practice. Her encounter with Gurdjieff’s sacred dances happened almost 20 years ago and was “life transforming” for her. Ever since, she has been teaching and integrating the dances with her experience as a Sufi, as a Psychologist and with the variety of additional healing and therapeutic modalities she has acquired throughout the years. Akash has been leading international groups of these dances for the past 20 years and teaching them to whoever wants to learn all over the world – from Goa, India where she lives, to Europe, the Middle East and North America.
Journey to Inaccessible places – Ireland

Other Pages to visit..

We use cookies to ensure that we give you the best experience on our website. If you continue to use this site we will assume that you are happy with it.Ok